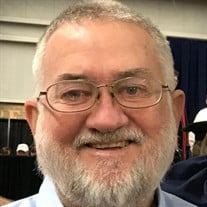 Daniel Ford Lindsey Jr., age 68, of Hurley, MS passed away on Wednesday, September 1,2021. He was a loving husband, father, son, and brother. Danny was retired and his favorite hobbies were fishing and cooking. Danny was preceded in death by... View Obituary & Service Information

The family of Mr. Daniel F. "Danny" Lindsey created this Life Tributes page to make it easy to share your memories.

Send flowers to the Lindsey family.