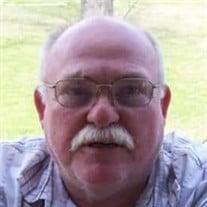 Dewitt Dempsey Goodrum Jr. 65, of Grand Bay, Alabama passed away on August 21,2021 in Mobile, Alabama, he was born on October 15,1955 in Alabama. He was a loving husband, father, grandfather and great grandfather. He was an avid outdoorsman... View Obituary & Service Information

The family of Mr. Dewitt Dempsey Goodrum Jr. created this Life Tributes page to make it easy to share your memories.

Send flowers to the Goodrum family.