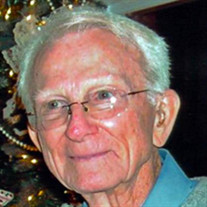 Dr. Karl Barton Horn was born on December 31, 1919, in Simpson County Mississippi in the temporary logging town of Cohay, Mississippi to Grover and Etoile Horn. Cohay, being one of nine mobile logging towns of Eastman, Gardiner, & Co., relocated in 1925 into Smith County where Karl attended high school at the nearby town of Raleigh, Mississippi. He received his BS degree from Mississippi State University, graduating in 1941. Karl volunteered for military service with the U.S. Navy Medical Corp where he was assigned to hospitals in Long Beach and San Diego, California as a navy epidemiologist. There he met Ruth Jean Raymond from Mamaroneck, New York, who was serving as a WAVE with the Navy Medical Corp. They married in California on September 23 rd , 1944. After discharge from military duty, they returned to Mississippi where Karl entered medical school at the University of Mississippi in Oxford, then a two-year medical school. He completed his training in New Orleans, receiving his M.D. from Louisiana State University in 1950, and interned at Southern Baptist Hospital in New Orleans. Dr. Horn began private practice in Port Gibson, Mississippi until 1955 when he and Ruth and their two children, Patti and Raymond, moved to Moss Point, Mississippi. He joined Thompson Clinic and became a member of the medical staff of Jackson County Community Hospital, later known as the Singing River Hospital. There he served one year as Chief of Staff and became a member of the Singing River Medical Society, serving as the first president of the newly formed society. He was a member of the American Medical Association and American Academy of Family Physicians. In 1969, Dr. Horn along with another local physician, Dr. F.C. Minkler, were instrumental in the formation of a full-time emergency service in Jackson County. They recruited Dr. Charles Allen from Jones County and together with the Singing River Hospital medical staff formed the first full time physician staffed emergency department in the southeast. He served as director of the department for 18 years. For many years The University of Mississippi Medical School required the residents of the Family Physician Program to spend a 30-day rotation in the department. Horn was a charter member of the American College of Emergency Physicians, and he served as Director of the Tri-County Emergency Medical Service until retirement in 1985. In 1998, he and Ruth were the recipients of the Community Lifetime Achievement Award for their dedication and contributions to the community. They both also participated for a time in a local hospice program. In his free time and retirement, he served on the Board of Deacons of the Moss Point Presbyterian Church and enjoyed hunting, fishing, woodworking, and especially, boiling fresh caught crabs for friends at his Beardslee Lake pier, known as Horn’s Harbor. He is proceeded in death by his wife of 75 years, Ruth J. Horn. He is survived by his children – Patti Horn Weiss (Herman Charles Weiss III) & Raymond Horn (Patrick Millegan), grandchildren – Jennifer (Weiss) Wood (Jeremy Wood) & Lindsay (Weiss) Manco (Matt Manco), and great grandchildren – Emma Hruska, Sarah Hruska, & Charlie Manco. He will be fondly remembered by family and friends for his meticulous Old Fashions wrapped in a paper towel, his love of a warm fireplace, his patience teaching kids to fish, his educational medical drawings on napkins at the dinner table, his pointed one-liners, his daily fed cardinals in the back yard, and much, much more. Shortly before her death his loving wife said, “He’s the most gentle, kind, loving human being I’ve ever known”. Special thanks to the dedicated staff of Home Instead Home Care Services, The Angels of Light Hospice, and all the caring friends who came to his aid when needed. A memorial service for he and Ruth will be held when the health and safety of all can be assured. Donations in his honor can be made to the Pascagoula River Audubon Center and the Moss Point Presbyterian Church. Holder-Wells Funeral Home in Moss Point oversees arrangements.

The family of Dr. Karl Barton Horn created this Life Tributes page to make it easy to share your memories.

Send flowers to the Horn family.