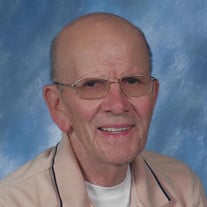 Ellis Cleveland Lindsey Jr., was born in Big Point, MS, on October 24, 1927, and left this world to be with his Lord on February 6, 2021 at the age of 93. He was preceded in death by his parents Ellis C. and Esther Snell Lindsey; brother, Daniel Lindsey, Sr.; sister, Jane Lindsey Wells, and niece Lynda Wells Felts. Ellis will be laid to rest in the Big Point Cemetery next to his Mother and Father. He is survived by his sister-in-law Joyce Lindsey (Paul) Jones, and niece Rebecca Lindsey (James) Fairley and their children Kerr and Lindsey; nephew Daniel (Pam Watson) Lindsey and their child Daniel, III; and nephew Mark (Beth Coffin) Lindsey and their children Mark and Forrest; and the Felts nephews, T'Al, Robert, Paul, Michael, Joseph. "His cherished Julie Freer". The family greatly appreciates Matt and Jessie Newton for the friendship and helpfulness for the past 6 years. Also, thanks to Kevin Hall for friendship and regular Sunday after church lunches, which Ellis looked forward to. Many others helped through the years and they are appreciated, too. Ellis graduated from Moss Point High School, and from college at the University of Mississippi. He served in the U.S. Navy from 1944 to 1948. After graduating from Ole Miss, he served in the U.S. Air Force and 2nd Lt, and shortly after, he was promoted to the rank of Captain. He began his career in New Orleans, LA with Texaco and spent the biggest part of his career in Caracas, Venezuela, New York, and Coral Gables, FL. After 40 years with Texaco, he retired and moved to the Coast to be with family and friends. He traveled the world during his career and was an interesting conversationalist with plenty of humor. Ellis attended Dantzler United Methodist Church and loved singing in the choir. He also loved genealogy, operas, classical music, antiques, and gems of the world. He'll be greatly missed by his wonderful neighbors, friends throughout the world, and the family he cared greatly for. Joy came, however, when he entered the gates of Heaven, to be greeted by his family that went before him, and most importantly, Our Lord and Savior. It was Ellis' wish that any memorial tributes be made in the form of charitable donations to Dantzler United Methodist Church P.O. Box 8704 Moss Point, MS 39563 or Liberty Church P.O. Box 867 Gautier, MS 39553, or to your favorite charity. A memorial service will be held at a later date. You may sign the online register book and send condolences to the Lindsey family by visiting our website at www.holderwellsfuneralhome.com Holder-Wells Funeral Home, 4007 Main St., Moss Point, MS 39563 is in charge of the arrangements.

Ellis Cleveland Lindsey Jr., was born in Big Point, MS, on October 24, 1927, and left this world to be with his Lord on February 6, 2021 at the age of 93. He was preceded in death by his parents Ellis C. and Esther Snell Lindsey; brother, Daniel... View Obituary & Service Information

The family of Mr. Ellis Cleveland Lindsey Jr. created this Life Tributes page to make it easy to share your memories.

Send flowers to the Lindsey family.