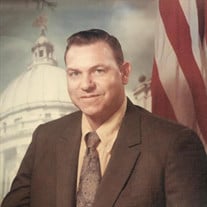 FRANKLIN “FRANK” DELANO LYNN OF MOSS POINT MISSISSIPPI BORN AUGUST 31ST 1934 & DECEASED OCTOBER 1ST, 2020. Frank also known as Coach Lynn, Judge Lynn, Honorable Rep. Frank D. Lynn, and most importantly Dad, passed away peacefully in Smithfield, Virginia on October 1st, 2020. He graduated from Moss Point High School and Perkingston Junior College then received a football scholarship from University of Southern Mississippi where he received a Bachelor of Science degree. In 1961 while working on his master’s degree, he married the love of his life, Jane Mercier Lynn and celebrated 52 years of marriage. After moving back to Moss Point Frank began teaching and coaching for a number of years then was elected Justice of the Peace for 4 years. He served in House of Representative for his district and served 8 years. He was then appointed Jackson County Recreational Director for eight years in which he helped build the East Central ball parks and golf course, many other parks. He worked at Dynachem Chemical and was Moss Point Mayor until he retired. Frank will always be remembered as a dedicated coach and advocate for the youth of the community helping them succeed in sports and life. He and Jane were also avid Moss Point Tiger Football fans and attended all home for many years. He will be dearly missed by his family, friends, and all of those whose lives he greatly impacted. He is the son of the late William G and Ona Lee Bullard Lynn. He is preceded in death by his wife Jane Mercier Lynn, his siblings, Emory Lynn, Bert Lynn, Bill Lynn, Edwin Lynn, Harold Lynn, Allison Shumock, Dee Dee Baxter and Ina Mae Dickens. He is survived by his children Amanda (Thomas) Currie, Frank (Melissa) D. Lynn Jr., Mary Ann(Michael) Byrd, John (Patricia) E. Lynn and David S. Lynn, as well as siblings Bobby (Kay) Lynn, Gerald Lynn and Brenda (Raymond) Mills. He is also survived by 10 grandchildren, Stanley (Jessica) Byrd, Phillip (Elizabeth) Byrd, Jacob (Whitney) Byrd, Holly (Wesley) Hall, Ceceila Lynn, Marlee Lynn, Regan Lynn, Joshua Lynn, John Parker Lynn and Kingston Lynn and three great-grandchildren Corbin, Grayson and Braxton Hall, many nephews, cousins and close friends. Due to the concerns for inclement weather for Friday October 9, 2020 the services scheduled for Mr. Lynn have been cancelled.The family will have a private graveside service on Thursday October 8, 2020 at Griffin cemetery in Moss Point. A memorial service will be held at later date. In lieu of flowers, please make donations in his honor to St. Judes Research Hospital in Memphis,TN. You may sign the online register book and send condolences to the Lynn family at www.holderwellsfuneralhome.com Holder-Wells Funeral Home is in charge of the arrangements.

The family of Mr. Frank D. Lynn Sr. created this Life Tributes page to make it easy to share your memories.

Send flowers to the Lynn family.