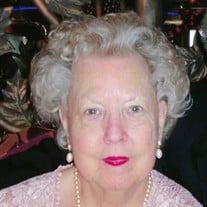 Ilone Mary Green,79 of Pascagoula, MS., passed from this life on Wednesday, December 29, 2021, at her home in Pascagoula. She was born on January 18, 1942, in Pascagoula, to Robert Arthur Nix and Laura Alley Nix. She was a beloved wife, mother, and grandmother who was active in her church and community. In 1998 while on a trip to Niagara Falls, she and Harry renewed their wedding vows. In August of 2022, they would have been married 60 years Ilone graduated from Our Lady of Victories High School in 1960. She was a member of OLV Catholic Church where she served as a Eucharistic Minister as well as serving on other various committees. She was a member of the Knights of Columbus Ladies Auxiliary, serving in various duties including a term of president, and in 1992 she was honored to serve as queen of the KC Carnival Ball. She was a member of the Benevolent Protective Order of The Elks Lodge #1120 Auxiliary, of Pascagoula, and held several offices during her many years. Ilone was a sister of the Alpha Iota Sorority where she volunteered with the formation of the St. Jude’s Marathon fundraising project. She was also a poll worker for the City of Pascagoula for over 30 years. She was preceded in death by her parents, Robert A. Nix and Laura Alley Nix, two brothers, Burney A. Nix, and Lon Dudley Nix, and grandson, Harry D. Green, III. Survivors include her beloved husband, Harry D. Green, Sr., 2 sons, Harry D. Green, Jr., and Raymond D. Kelly) Green, two daughters, Sharon M. (Andrew) Carpenter, and Catherine A. Green. 4 grandchildren, Hailey Marie Carpenter, Victoria Llerenas, Douglas Jared Green, and Joseph Clay Green. Visitation will be held on Saturday, January 1, 2022, from 1 pm until 2 pm. at Our Lady of Victories Catholic Church in Pascagoula, MS., Mass of Christian Burial will begin at 2 pm. Burial will be at Evergreen Cemetery in Helena, MS. A special thank you for the help and support of Hospice of Light, especially Betty and Daphene. In Lieu of flowers, a donation in Ilone’s memory may be made to Hospice of Light. You may sign the online register book and send condolences to the Green family by visiting our website at www.holderwellsfuneralhome.com Holder-Wells Funeral Home, Moss Point, MS., is in charge of the arrangements.

Ilone Mary Green,79 of Pascagoula, MS., passed from this life on Wednesday, December 29, 2021, at her home in Pascagoula. She was born on January 18, 1942, in Pascagoula, to Robert Arthur Nix and Laura Alley Nix. She was a beloved wife, mother,... View Obituary & Service Information

The family of Ilone Mary Green created this Life Tributes page to make it easy to share your memories.

Ilone Mary Green,79 of Pascagoula, MS., passed from this life...

Send flowers to the Green family.