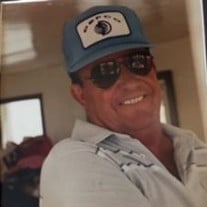 James O (Sonny) Shepherd, beloved father of the Shepherd family passed from this life on January 3, 2020 ,at the age of 85. He was born in Fellowship, Mississippi on March 7, 1934 to the late Oliver and Evelyn Shepherd. He was a graduate of Pascagoula High School class of 1952. Sonny began his career in Pascagoula as a machinist working for Ingalls Shipbuilding. As the family and needs grew, he became a successful commercial fisherman on the Gulf Coast owning many size fishing vessels which eventually ranged from Texas to the Florida fishing grounds. He was truly a “Jack of all Trades”and “self-made man”. Sonny was an adventurous businessman and outdoorsman. He loved to barter on items such as cars, trucks, boats and houses and always boast on the deals he had made. He loved to fish and hunt with family and friends, which always led to memorable stories while sitting around a fire making small talk. Another passion Sonny had was his love of golf, he spent many years actively involved at the Pascagoula Country Club where he reigned as King V in 1986. In later years, Sonny most enjoyed entertaining Carolyn with their nightly rides on the beach in the golf cart and continued this tradition after her death. Sonny was preceded in death by his wife of 67 years, Mary Carolyn Shepherd ; his parents Oliver and Evelyn Shepherd; his brother Don Shepherd; Son in Laws Steven Snowden and Bill Buckner. He is survived by his children, Deborah Snowden of Grand Bay, AL; Alesia Buckner of Pascagoula, MS; Timmy (Nita) Shepherd of Pascagoula, MS; and Donald (Audrey)Shepherd of Hurley, MS ; Nine grandchildren and numerous great and great great grandchildren. Visitation will be Wednesday January 8,2020 from 10:00 am to 11:00 am the First Baptist Church of Pascagoula. The funeral service will begin at 11:00 am from the church santuary. Burial will follow in Jackson County Memorial Park in Pascagoula. Pallbearers are his sons, Timmy and Donald Shepherd, grandsons Mark Snowden and Seth Shepherd, close family friends, Artie Scholtes and Rick Olsen. You may sign the online register and send condolences to the Shepherd family at www.holderwellsfuneralhome.com Holder-Wells Funeral Home 4007 Main Street Moss Point, MS 39563 is incharge of the arrangements.

James O (Sonny) Shepherd, beloved father of the Shepherd family passed from this life on January 3, 2020 ,at the age of 85. He was born in Fellowship, Mississippi on March 7, 1934 to the late Oliver and Evelyn Shepherd. He was a graduate of... View Obituary & Service Information

The family of Mr. James "Sonny" Shepherd created this Life Tributes page to make it easy to share your memories.

Send flowers to the Shepherd family.