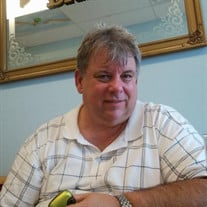 Jimmy Lee (Jim) Hart, passed away on Monday, February 8, 2021. Jim was born at Our Lady of The Lake Hospital on April 20, 1956 in Baton Rouge, Louisiana to Pearl Entriken and Lonie Lee Hart. Jim was raised in Biloxi, Mississippi. He is proceed in death by his parents, Pearl Entriken of Carnes and Lonie Hart of Petal, Mississippi. Jim was in the top 5 of his graduating class at St. Stanislaus. In his senior year he played football. While on school breaks, Jim worked as a life guard. He was a True Coastal Southern Gentleman. After graduating high school, he went to the University of Southern Mississippi in Hattiesburg. While on his way to his fraternity on a rainy afternoon, he met the love of his life by taking a chance and getting into the car of a stranger. Who would have known that would last for 44 years. After college he started his career by managing ABC movie theaters and Plitt Theaters. They moved to Texas to follow his career. In 1989, upon the death of his father, Jim, Jill, and Jason, moved back to Jackson County. In the summer of 1990, Jim was employed by Jackson County as the Fair Grounds Administrator as well as several community center’s. He was with the County for 30 years and was looking forward to spending time with his wife. Jim was a well rounded and humble man that was always ready to lend an ear of give a piece of advice. Jim is survived by his wife Jill Hart of Gautier, son, Jason Hart of Denham Springs, Louisiana, and granddaughters Juliana Leigh and Olivia Isabella Hart of Vancleave, Mississippi and several good friends. His favorite piece of advice to give was “THIS TOO SHALL PASS” and in this moment he is correct where the pain of his death will pass, his memory will live on. A celebration of life service will be on Saturday March 13,2021 beginning at 1:30 pm at the Jackson County Civic Center. Due to the Covid-19 Pandemic face mask and social distancing will be required in the civic center. You may sign the online register book and send condolences to the Hart family at www.holderwellsfuneralhome.com Holder-Wells Funeral Home 4007 Main Street Moss Point, Mississippi 39563 is in charge of the arrangements.

Jimmy Lee (Jim) Hart, passed away on Monday, February 8, 2021. Jim was born at Our Lady of The Lake Hospital on April 20, 1956 in Baton Rouge, Louisiana to Pearl Entriken and Lonie Lee Hart. Jim was raised in Biloxi, Mississippi. He is proceed... View Obituary & Service Information

The family of Mr. Jimmy Lee "Jim" Hart created this Life Tributes page to make it easy to share your memories.

Send flowers to the Hart family.