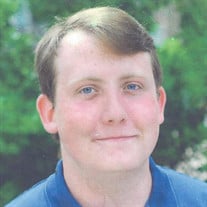 Joshua Reese Foster Stone, age 30, flew into the Lord’s arms on Friday, November 27, 2020, as a result of a hit and run driver on Spring Hill Avenue in Mobile. Born on October 8, 1990 in Mobile to Pamela Stone, Josh had recently become a resident of New York City in 2020. He had previously lived in a vast range of places before settling in New York: Colorado Springs, CO, Cleveland, OH, Washington D.C., Dallas, TX, and Auburn, AL. Josh leaves behind his mother, Pamela Stone; his sister, Kelsey Stone; other family members, and many loyal friends. Josh’s celebration of life will be held Friday, December 4, 2020, at Holder Wells Funeral Home, 4007 Main Street, Moss Point, Point, MS. Pallbearers supporting Josh will be; James Born, Sr. (Marie), James Born, Jr. (Lynn), Jason Roberts, Jim Dailitka (Stacey), Jeremy Born, and Joe Tomberlin (Lou). There will be visitation for friends and family from 12:00 to 2:00 PM, with the service immediately following at 2:00 PM, with the Rev. Janie Mallett officiating. Interment will follow at Grand Bay Cemetery. Josh was a dreamer and a go-getter. From an early age, Josh showed a keen interest in applied mathematics and science, and how they could be used as tools to understand and change the world. Josh was a graduate of W.P. Davidson High School (2009) and was an active member of the robotics team all four years. Several teachers remember Josh as remarkably bright and driven, so kind and helpful, with one teacher remarking: “I’ve never known a more innately optimistic kid. Nothing deterred him.” His time at Davidson enabled him with the opportunities to nurture and expand his blossoming passion for aviation management. At Davidson, he gained the tools and resources to form his passion into a career. Inspired by a class project he undertook in a marketing class with his close mentor, Mrs. Martha Still, Josh created an innovative database for airlines to schedule and track flights. This opened the door for him to intern at the Mobile Airport Authority in 2009 where he assisted with marketing and air service development. His first boss, who would later become a good friend, described Josh as “full of enthusiasm, drive, and new ideas…His maturity and depth of knowledge regarding all things aviation was astounding. He won the hearts of everyone in our organization and community within days.” Josh earned a B.S. degree in Economics and Aviation Management from his dream school, Auburn University, in 2015. In between the summer of high school and college, Josh had secured employment for Sixel Consulting Group- where he worked for five years between 2009 and 2014 while attending University full time. At Auburn, Josh embraced brotherhood through his membership in the Delta Chi social fraternity. Josh’s fraternity brothers recall him as being the “life of the group”, possessing such a “zest for life’, and also note his “brilliance as an organizer and a leader, with an aptitude for planning and resolving issues. In college, Josh also became known for his ability to form and maintain meaningful relationships – countless stories from his brothers and friends portray how “Josh would go the ends of the earth for his friends.” Josh also loved attending and taking part in Auburn’s football events – showing his dedication to cheering “WAR EAGLE!” by attending numerous away games in addition to home games. Josh was employed by numerous airports, airlines, and consulting companies. After leaving Sixel in 2014, Josh works as a Domestic Network Planning analyst for American Airlines, and most recently served as the Director of Air Service Analytics at ArkStar (consulting) Group. Through his work, Josh’s love for domestic travel and adventure grew exponentially, and his family found it amusing to play the guessing game, “where in the world is Josh Stone?” Josh expressed pure joy for what he loved, but also was focused on passion for the sake of it, and the growth new opportunities would bring. Josh needed new stimulation, ideas, and challenges. Josh loved airports and dissecting the intricacies and examining how it all worked. Josh was considered a major goofball and simultaneously a genius; and overall a vessel filled with contagious joy and enthusiasm. Josh saw the world as fidgeting with possibility; and dedicated himself to enacting the possibility he saw in the airline industry. Josh lived his life fully – packing so much into the brims of his 30 years.

Joshua Reese Foster Stone, age 30, flew into the Lord&#8217;s arms on Friday, November 27, 2020, as a result of a hit and run driver on Spring Hill Avenue in Mobile. Born on October 8, 1990 in Mobile to Pamela Stone, Josh had recently become... View Obituary & Service Information

The family of Joshua Reese Foster Stone created this Life Tributes page to make it easy to share your memories.

Send flowers to the Stone family.