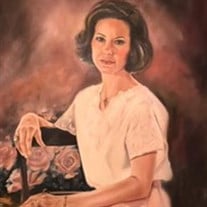 Mrs. Lynda Diane Wells Felts, 73, of Moss Point, MS passed away on December 28, 2018, in Pascagoula, MS. Mrs. Felts was born on February 16, 1945, in Jackson County. She was a loving daughter, wife, mother and grandmother. She lived in Jackson... View Obituary & Service Information

The family of Mrs. Lynda Wells Felts created this Life Tributes page to make it easy to share your memories.

Send flowers to the Felts family.