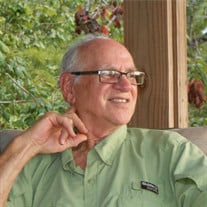 Richard Ernest Walker, an educator to thousands, a mentor to many, and a friend to all, passed away peacefully on June 18, 2021, at the Lighthouse Memory Care facility in Ocean Springs, MS. He was surrounded by his loving wife of 58 years, his three children and four grandchildren. Richard was born May 1, 1940, in Gulfport, MS to Ralph Vernon Walker and Ernestine Noble Walker. He was preceded in death by his parents and siblings, Ralph Vernon Walker, Jr., Kenneth Frederick Walker, and Joy Frances Walker Jones. He is survived by his wife, Peggy Walker, son’s Richard Ernest “Ernie” Walker II (Jamie) of Pearland, TX and James “Jim” Ralph Walker of Spanish Fort, AL, and daughter Pamela Walker Rone of Gautier. Grandchildren Emery Kate, James Luke, Logan and Jake. Siblings Sylvia Gotilly (Art) of Pensacola, FL, Vivian Dailey (Larry) of Gautier, and John Stephen of Helena, MT. A true Mississippian, Richard spent his early years in the Fort Bayou Community near Vancleave surrounded by his extended maternal family. Many of his fondest memories were of his grandparents George Washington Noble and Missouri Mae Noble. Many of his early values were established through his close relationships with his aunts, uncles, and cousins. His paternal grandparents Reverend Henry Dempsy Walker and Charlotte Walker provided a full family experience, leading to Richard’s lifelong closeness with his family. As a husband and father, Richard along with Peggy, provided the foundation for a strong family unit. He never missed an opportunity to support his children through all their activities even after a long day at work. His children learned from him strong Christian values, sound financial planning and management, love of country, appreciation of the outdoors and the importance of travel. Richard graduated from Atmore High School in 1959 then attended Howard University, Clark College, where he met his future wife, and graduated from Delta State University with a B.S in Speech and English. In 1973 he received a Master’s of Science degree also from Delta State and in 1978 he received a Specialist degree from The University of Southern Mississippi. His first teaching experience was in Key West, Florida where he taught middle school students speech and English. In the evening, he and Peggy traveled to Big Pine Key, where he taught GED prep to inmates at the Florida Correctional Center. While in Key West, he and Peggy decided to start a family and their two sons are members of “The Conch Republic”. Feeling the need to be near family, they returned to Ocean Springs, MS in 1971 where Richard became the counselor at Ocean Springs Junior High. He was quickly promoted to principal at East Elementary School where he remained for two years, and once again was promoted to Assistant Principal at Ocean Springs High School where he made cherished friends of both faculty and students. Recognizing his ability to work with students, he was recruited by Pascagoula School District to assume the role of assistant principal at the 10th grade Annex. After two successful years he became assistant principal at Gautier Junior High School where he was later promoted to principal. In 1999 he retired from public education. During retirement, he had time to pursue many hobbies and activities. He was an avid outdoorsman and cherished any amount of time he could spend fishing, hunting, and camping. He also enjoyed woodworking, collecting coins, stamps, antique bottles, and listening to country music with Hank Williams as his favorite artist. Travel was also a priority for him and his family in retirement. He had the opportunity to visit Alaska, Mexico, France, Canada, Ireland, Italy, and many national parks domestically. The family would like to thank the caring staff at The Lighthouse Memory Care Center, especially Alexis, Tamara, and Mara. In addition, the family would like to thank Encompass Hospice for their extraordinary attention, care, and kindness to Richard in his final days, especially Debra and Regina. Family and friends are invited to attend a celebration of Richard’s life with visitation on Tuesday, June 22 from 4 -7 pm at Holder Wells Funeral Home, at 4007 Main Street, Moss Point, MS. Funeral services will be Wednesday, June 23 at 10 am also at Holder Wells. Burial immediately following at Jackson County Memorial Park at 4710 Ingalls Avenue in Pascagoula.

Richard Ernest Walker, an educator to thousands, a mentor to many, and a friend to all, passed away peacefully on June 18, 2021, at the Lighthouse Memory Care facility in Ocean Springs, MS. He was surrounded by his loving wife of 58 years,... View Obituary & Service Information

The family of Richard Ernest Walker created this Life Tributes page to make it easy to share your memories.

Richard Ernest Walker, an educator to thousands, a mentor to...

Send flowers to the Walker family.