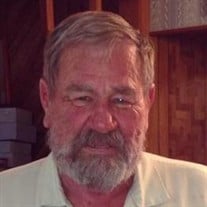 Mr. Robert H. Yake, 72, of Gulfport, MS passed away Tuesday, Jan. 1, 2019 in Gulfport. He was born May, 2, 1946 in Indiana. He was a retired Machinist from Ingalls Shipbuilding, and was a U.S. Army Veteran. Mr. Yake enjoyed antique cars and... View Obituary & Service Information

The family of Robert H. Yake created this Life Tributes page to make it easy to share your memories.

Send flowers to the Yake family.