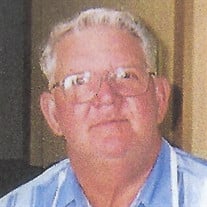 Sampson Warren "Bo" Baria, 82 of Hurley, passed from this life on Thursday, May 23, 2019, at his home in Hurley. He was born May 1, 1937 in Hurley , MS. Bo was retired from Ingalls Shipbuilding after 40 years of service as an outside machinist.... View Obituary & Service Information

The family of Mr. Sampson Warren "Bo" Baria created this Life Tributes page to make it easy to share your memories.

Sampson Warren &quot;Bo&quot; Baria, 82 of Hurley, passed from this life...

Send flowers to the Baria family.