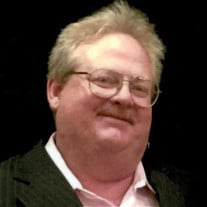 Stanley Craig Watson, 52 of Gautier, passed from this life on Sunday, September 9, 2018 in Ocean Springs, Mississippi. He was born May 10, 1966 in Pascagoula. Stanley was a 1984 graduate of Pascagoula High School and attended Mississippi Gulf Coast Community College in Gautier. He worked as a Tug Boat Captain in his early years before hiring in at First Chemical Corporation (Dupont) in Pascagoula where he worked for twenty years as a Chemist Lab Technician before being hired with Chevron Refinery USA of Pascagoula on January 27, 2014. Stanley was currently employed as a Chemist Lab Tech Specialist. The Lord has called upon Stanley as he has left this world for another. Stanley was the most loving and thoughtful person we have ever known. Stanley was a great son, brother, uncle and most of all, a great friend. He loved his family with no boundaries and his niece Shaylin, absolutely brightened his world. Work was his staple, he took extreme pride in his work ethic, the Gulf of Mexico was his serenity and the woods in Vancleave was his retreat. The heavens have definitely gained a true angel. I only wish we all had more time together. Stanley was of the Baptist faith. He, along with his family, would like to thank you all for the prayers, the love and the support that has been coming in during this time of need. Stanley was preceded in death by his grandparents, John & Willie Mae Summerlin and John & Katherine Davis Watson. Survivors include his mother, Brenda Smith of Lucedale; step-dad, Stan Smith of Lucedale; father, Glenn Watson of Orange Grove; siblings, Kimberly Watson Rowell of Lucedale, Christopher Wagner of Lompoc, CA; Nika & Chad Watson of Orange Grove; Niece, Keisha Rowell; Nephew, Clayton McCullough; cousins; family members and many friends. Visitation will be held on Saturday, September 15, 2018 from 11:00 until 1:00pm at Holder-Wells Funeral Home in Moss Point. Funeral services will be Saturday, September 15, 2018 at 1:00pm from the funeral home chapel with Rev. David Watson officiating. Interment will follow at Machpelah Cemetery in Pascagoula. Serving as pallbearers will be Richie Noblitt, Stan Smith, Jr., Troy Summerlin, Leighton McBroom, Shannon Gunter and Chris Wagner. Serving as honorary pallbearer will be Shaun Ely. Friends and family may share condolences at www.holderwellsfuneralhome.com. Arrangements by Holder-Wells Funeral Home, 4007 Main Street Moss Point, Mississippi 39563.

Stanley Craig Watson, 52 of Gautier, passed from this life on Sunday, September 9, 2018 in Ocean Springs, Mississippi. He was born May 10, 1966 in Pascagoula. Stanley was a 1984 graduate of Pascagoula High School and attended Mississippi Gulf... View Obituary & Service Information

The family of Stanley Craig Watson created this Life Tributes page to make it easy to share your memories.

Stanley Craig Watson, 52 of Gautier, passed from this life on...

Send flowers to the Watson family.