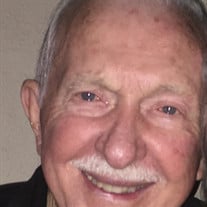 Wayne Howard, age 83, of Pascagoula, passed away Monday October 21, 2019. He was born in McLauren, Mississippi March 14, 1936. He attended The University of Southern Mississippi, with a background in Criminal Justice, and received instruction at the National Bureau of Narcotics in Washington D.C. His military service included eight years in the United States National Guard, with six months active duty, and he received an honorable discharge for his service. He was a resident of Jackson County for over 60 years, serving much of that time in the field of law enforcement. As an officer with the Pascagoula Police Department, his work experience included Patrol, Traffic, Narcotics, and Criminal Investigations. He achieved the rank of Major and retired after twenty-eight years of service with the PPD. His service in law enforcement continued for an additional four years in the capacity of Chief Deputy with the Jackson County Sheriff’s Department. Following his career in Criminal Justice, Howard held numerous positions while in the employment of Jackson County. His experience included working Inventory Control; Justice Court Administrator; Director of Safety; and Maintenance Director. He retired from the County in 2006. He was preceded in death by parents, Iola and Joseph Howard and one sister, Minnie Lou Headley. He is survived by his wife of 29 years, Shirley Ann Carr Howard; two daughters, Gail Toddings (Don), Virginia; Terry Delmas (Bobby), Lucedale; one stepson, Darren Gibson (Liz), Hurley; 2 grandsons; 2 granddaughters; 5 great-grandchildren; one brother, Michael Howard, New Orleans; and multiple nieces and nephews. He was an active member of the Pascagoula Elks Lodge for many years and served as Lodge Chaplain 2010-2011. He was a member of Parkway Baptist Church in Pascagoula. Visitation will be on Thursday October 24,2019 from 12:00 pm to 2:00 pm at Holder-Wells Funeral Home at 4007 Main Street Moss Point, MS 39563 with the funeral service beginning at 2:00 pm. Burial will follow at Serene Memorial Gardens with policeman burial honors provided by the Pascagoula Police Department and Jackson County Sheriffs Department. You may sign the online register book and send condolences for the Howard family at www.holderwellsfuneralhome.com Holder-Wells Funeral Home in Moss Point, MS is in charge of the arrangements

Wayne Howard, age 83, of Pascagoula, passed away Monday October 21, 2019. He was born in McLauren, Mississippi March 14, 1936. He attended The University of Southern Mississippi, with a background in Criminal Justice, and received instruction... View Obituary & Service Information

The family of Mr. Wayne Howard created this Life Tributes page to make it easy to share your memories.

Send flowers to the Howard family.