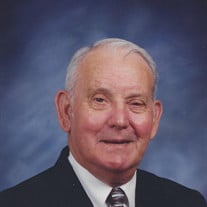 Wesley Howard Stork, 94, went home to be with Our Lord and Savior on Sunday, January 31, 2021. Wes was born on December 12, 1926, in Pecan, Mississippi to the late Henry W. and Hattie Belle Stork. Wes was a lifelong member of Midway United... View Obituary & Service Information

The family of Wesley Howard Stork created this Life Tributes page to make it easy to share your memories.

Wesley Howard Stork, 94, went home to be with Our Lord and Savior...

Send flowers to the Stork family.